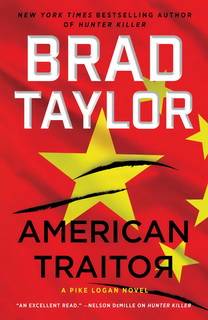 American Traitor is the fifteenth instalment in the Nephilim ’Pike’ Logan series.
Logan, head of the Taskforce counterterrorism unit, and new wife Jennifer Cahill are enjoying a sunny vacation in Sydney, Australia and looking forward to exploring the Great Barrier Reef when they get disturbing news: their friend and colleague Clifford 'Dunkin' Delmonty, who they were due to stay with while on holiday, is in serious trouble. Dunkin recently exposed the schemes of his coworker Jake Shu, a Chinese-American artificial-intelligence specialist, working for Gollum Solutions at an airbase in Misawa, Japan, who sabotaged the software of the new US F-35 Lightning II fighter jet and stole the code for the early-warning system protecting Taiwan from Chinese invasion.
The recovery of the aircraft would take four months, the body of the pilot itself not found until a month after that, with the United States concerned that the Chinese would attempt to find the top-secret information lying on the ocean floor. With the help of Jennifer, the Taskforce team, and a brave Taiwanese intelligence agent, Pike must race against the clock to prevent a catastrophic conflict from consuming a whole region of the world.
This is a scintillating, enthralling and rapid-fire espionage thriller from one of the best in the game at creating a high-stakes cat and mouse game with dire consequences should Pike, Jennifer and the Taskforce fail to stop the ball rolling.
Right from the opening pages you are immersed in the story and begin to really care about the characters as they fight to stop an all-out war. It has a high-octane, ripped from the headlines plot with plenty of drama, danger, twists and expert use of misdirection. Pike is a fearless spy who works well with others to ensure the desired outcome of a mission is achieved for the good of the US and her allies.
With China becoming ever more powerful, this is a story that very much reflects real-world fears and uses them to craft a rollicking thriller that just about stays on the right side of uncomfortable in how prophetic it could be. Ex-US Special Forces Colonel Brad Taylor knows exactly what he's talking about and brings an air of realism and authenticity to proceedings using his knowledge to pen a believable and compulsively readable tale.
Action-packed, expertly plotted and entertaining from the very beginning, this is an adrenaline-pumping, plausible and gritty thrill ride I highly recommend to those who enjoy intelligent, exhilarating and exciting stories rich in advanced spycraft. 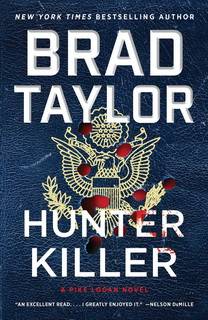 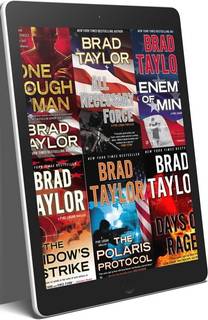 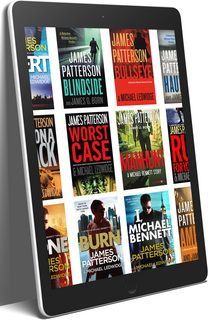 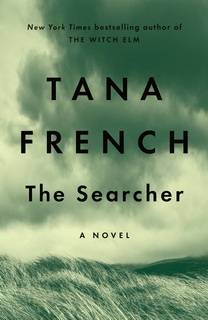 New Hot
The Searcher by Tana French
The Searcher is the latest book by Tana French set in a remote Irish village. An ex-cop Cal Hooper moves to the Irish countryside after a divorce and ..
0.99€
Ex Tax:0.99€
Add to Cart
Add to Wish List
Buy Now Ask Question

By the same author 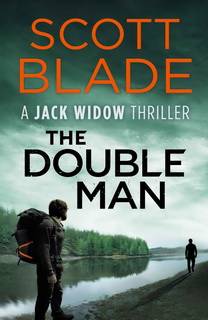 New Hot Published 2021
The Double Man (Jack Widow 15) by Scott Blade
A man was chased by a bear and was saved by a man who looks like a bear. Window saved the guy by observing why the bear chased the man. aHe got fish i..
0.99€
Ex Tax:0.99€
Add to Cart
Add to Wish List
Buy Now Ask Question
Quickview

New
Gentleman Jack: The Real Anne Lister by Anne Choma
This book is pitched as a tie-in for the BBC/HBO tv fictional dramatisation of a select few years of Anne Lister's life (which was taken as the real l..
0.99€
Ex Tax:0.99€
Add to Cart
Add to Wish List
Buy Now Ask Question
Quickview

New Hot Published 2021
Neighbors by Danielle Steel
Meredith White, an iconic actress, has retreated from the world after her husband’s betrayal and her son’s death. She is almost completely cut off and..
0.99€
Ex Tax:0.99€
Add to Cart
Add to Wish List
Buy Now Ask Question
Quickview 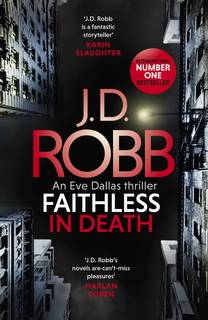 New Hot Published 2021
Faithless in Death (In Death 52) by J.D.Robb
Faithless in Death is #52 in the ever brilliant In Death series by prolific author JD Robb, and this one is one of her best yet! Murder, jealous lover..
0.99€
Ex Tax:0.99€
Add to Cart
Add to Wish List
Buy Now Ask Question
Notification Module
Bookehost.com uses cookies to allow us to better understand how to our site is used. By countinuing to use this site, you consent to Term of Service and Privacy Policy of Bookehost.com service.